How to install KICAD libraries in Ubuntu Linux (or Mint)

After installing KiCAD from PPA on my Linux machine, I had no libraries installed.  Here's he method used to install the libraries from github.  I did the following with KiCAD 4.0.7.

1. Use github to pull the kicad libraries:

2. Switch to kicad-library and do:

3. After cmake creates the makefile, run:


4. Watch the output of the above command.  You should find that stuff gets installed into

5. Restart KiCAD and adjust paths under

You may *still* see this window in Linux: 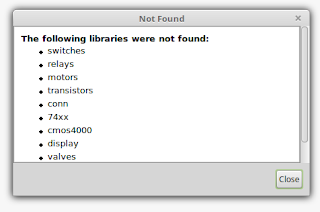 This is because, as near as I can tell, these are old library names, and in Linux, they should be case-sensitive.  For example, the above error shows that "switches" is not found, but:

Notice there is a "analog_switches.lib" as well as a "Switch.lib".  From the Component libraries preferences, you can remove *all* of the default component library files: 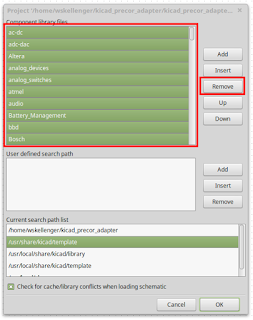 Now click "Add" and select *all* of the *.lib files from /usr/local/share/kicad/library.